Everything you thought you knew about clipless pedals is wrong! OK, thatâ€™s a bit much, but Iâ€™ve just switched from clipless pedals to flats for road cycling. Because science!

Wrote up a Medium post about the transition I’ve just gone through.

Wanted to share the mountain biking route I usually do with Temmo the Dog — this is our three-mile, three-trail loop in the El Cerrito hills (350 ft climb, max speed 20 mph). First couple of minutes are the slower climb, then the real fun starts. Temmo makes a couple of friends along the way, and we both get our ya-yas out. 30 mins edited down to seven.Â  Ride with us!

Not exactly sure how this works, but check the 10-yr-old kid in his underwear, on 14″ wheels. Apparently these guys would get up to 60mph! More here.

END_OF_DOCUMENT_TOKEN_TO_BE_REPLACED

Decided to take a mountain bike out to one of my favorite hiking trails in the Marin Headlands yesterday – the Coastal Trail from Alexander Drive down to the Headlands Center for the Arts. Recorded the trip with a helmet-mount GoPro and edited it down to 9 minutes (probably still too long, but I didn’t have time to make it shorter. Hopefully catches a bit of the feeling of being out there on a perfect November afternoon.

I’ve seen some of these done by hiking geocachers, but this is the first I’ve encountered at this scale (done by a cyclist, not a geocacher): Completely astonishing – from Cycling Weekly:

Salisbury rider David Taylor has created a stunning piece of Strava Artwork â€“ a massive bicycle mapped out around the New Forest, Bournemouth and surrounding area.Â Taylor carefully plotted out a route in the shape of the bike and then undertook the mammoth 212-mile (341 kilometre) ride on September 20 that also took in 7,201 feet (2,195 metres) of climbing.

On that note, I’m a big user of MapMyRide, but am curious – do you prefer MMR or Strava? What are their comparative advantages? Likes/dislikes? I hear Strava is more conservative with battery usage, but that may just be anecdotal. 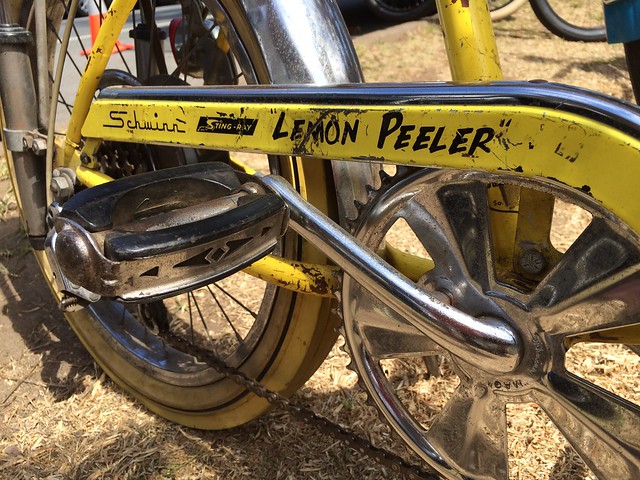 New Belgium (who make Fat Tire Ale) is an eco-friendly brewery that gets all their power from the wind, and who issue free commuting bicycles to all of their employees.

And they’re famous for throwing these huge annual bicycle parties all over the country. Starting with an anything-goes bike parade, followed by a full day of great food, music, stage performances, and bike stuff. 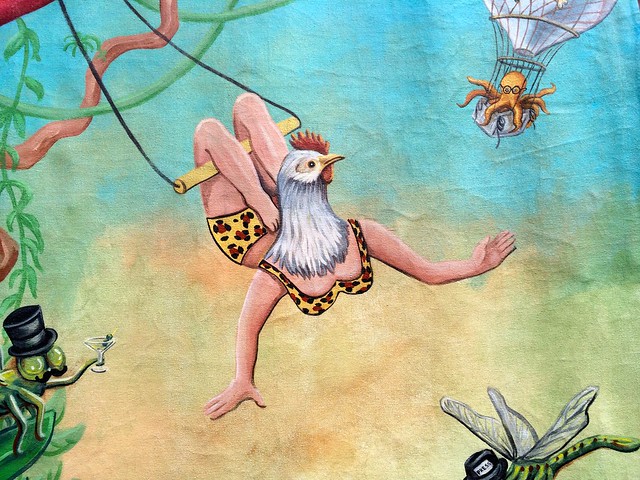 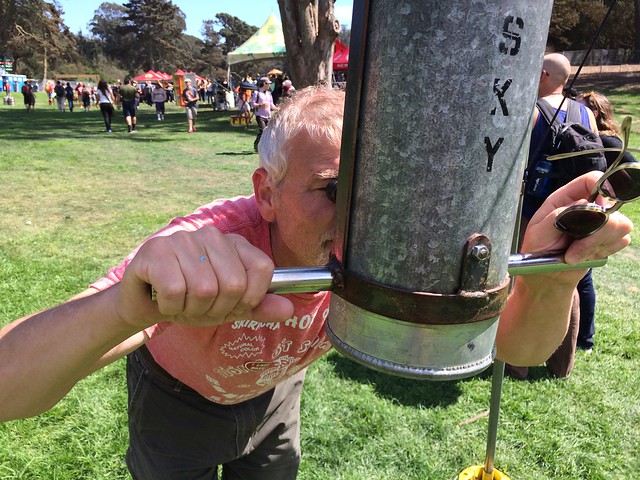 Me gazing out on the festivities through a steampunk periscope. 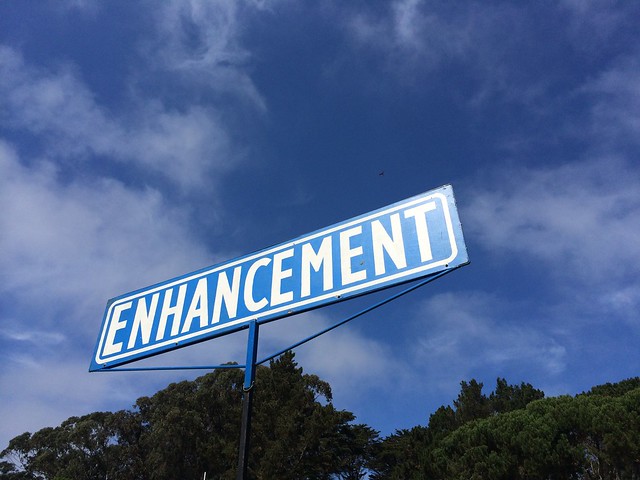 New favorite mountain bike trek in the east bay – our usual 4-mile section from Inspiration Point to the old concrete overlooks, then beyond on dirt along “Old Nimitz Way.” Bumping on down the Belgum Trail till my wrists ached all the way down to Wildcat. Heading back, branch off on Conlon for the insane diagonal back up from 400 to 1100 feet (I admit to walking the bike through part of that one). I’m spent! And blissed.

Create Maps or search from 80 million at MapMyRide

Wonderful three-mile loop through the heart of Tilden Park in the Berkeley Hills. Up Meadows Canyon, down on Curran Trail, then back along the Gorge trail. Mountain biked with a helmet-mount GoPro.

The actual ride was around 20 minutes. The first two minutes of this are edited down from the uphill – I left the downhill mostly intact.

The complexity of the foliage and the fast motion make the video codecs really struggle – wish I could show you the uncompressed original.

Not the main road you’re used to, but the old / abandoned one that runs down near the water. Not exactly easy to access, but blissful once you do. Combination paved/unpaved (you’ll want a mountain bike), and extends the entire length of San Pablo Dam, around 4 miles each way.

Doing a father/son ride with Miles on his 11th birthday.