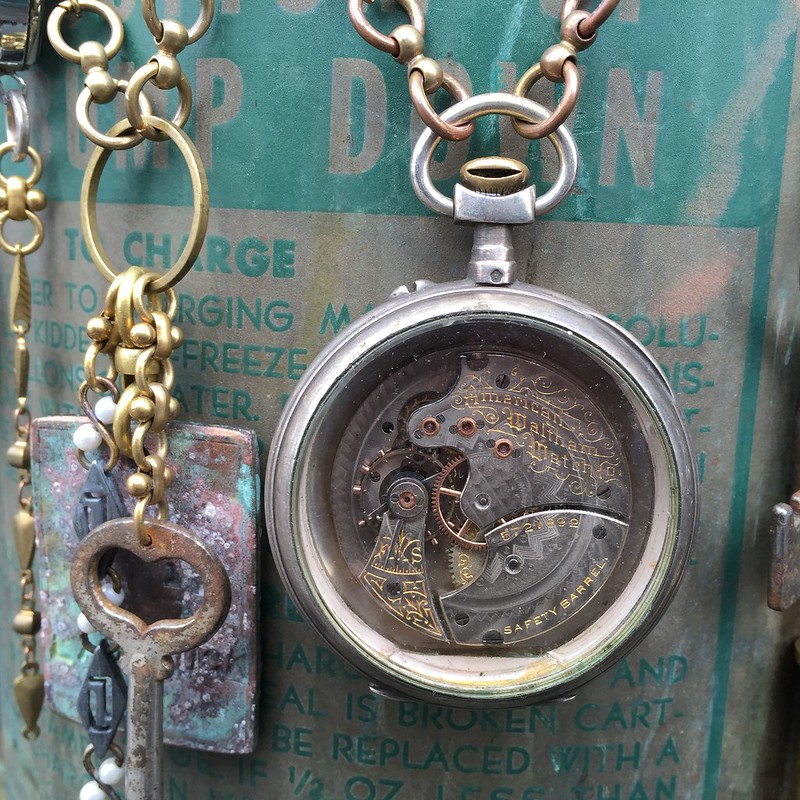 I’m proud to be able to say I’ve taken my child to Maker Faire @ San Mateo every single year since 2006, meaning we haven’t missed a single event. 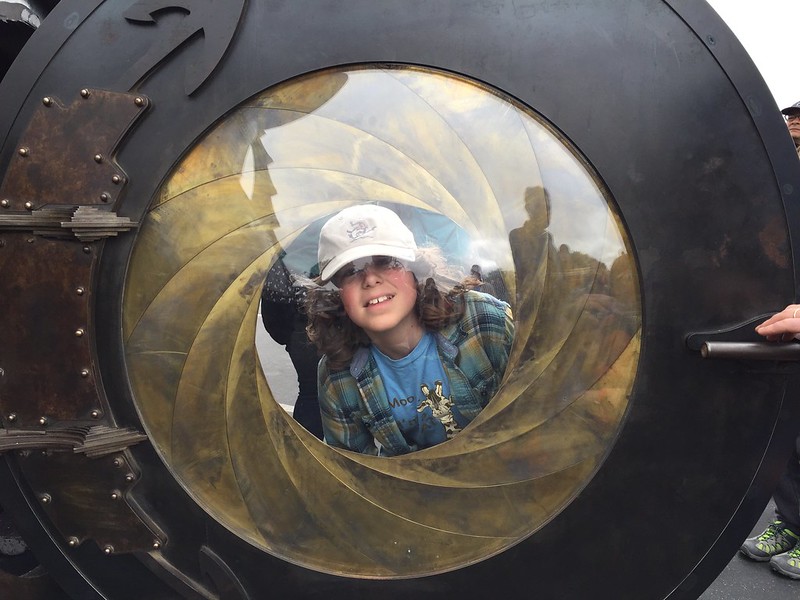 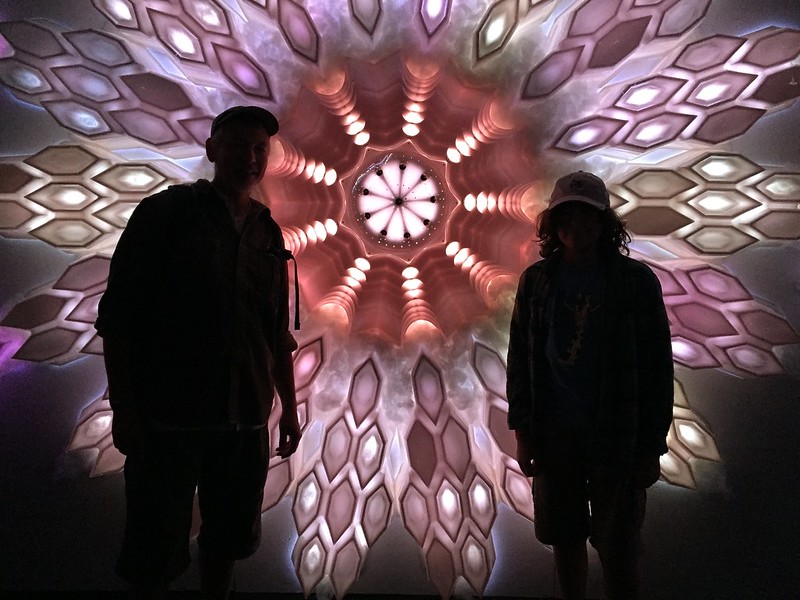 Despite the annoying aspect of the ever-growing crowds, it’s become a father-son tradition we look forward to every year, and we can’t imagine ever skipping it at this point. Every year is both “more of the same” and completely different. 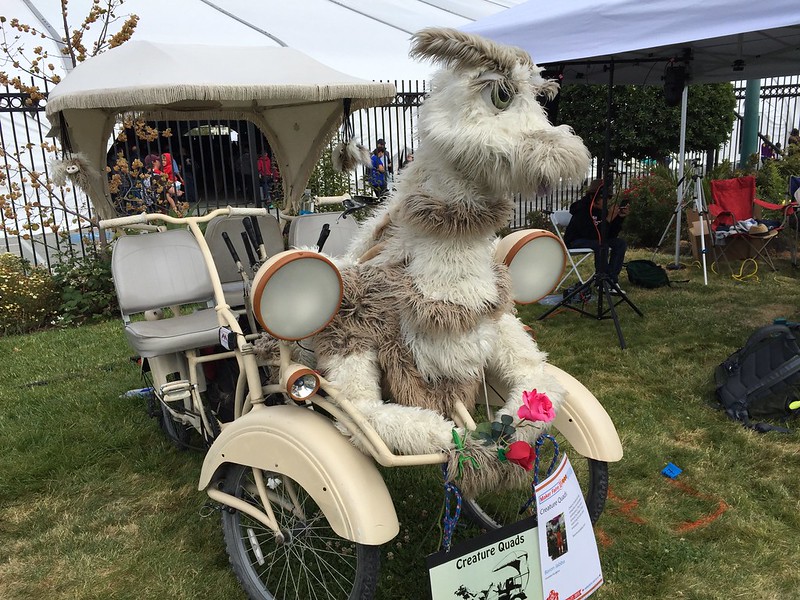 Certain exhibits seem almost perennial, but there are always tons of new surprises. It was especially nice to have cooler temperatures this year – low 60s meant we were able to do a full eight hours on the fairgrounds without missing a beat.

More fire-breathing giant beastie sculptures than ever before: 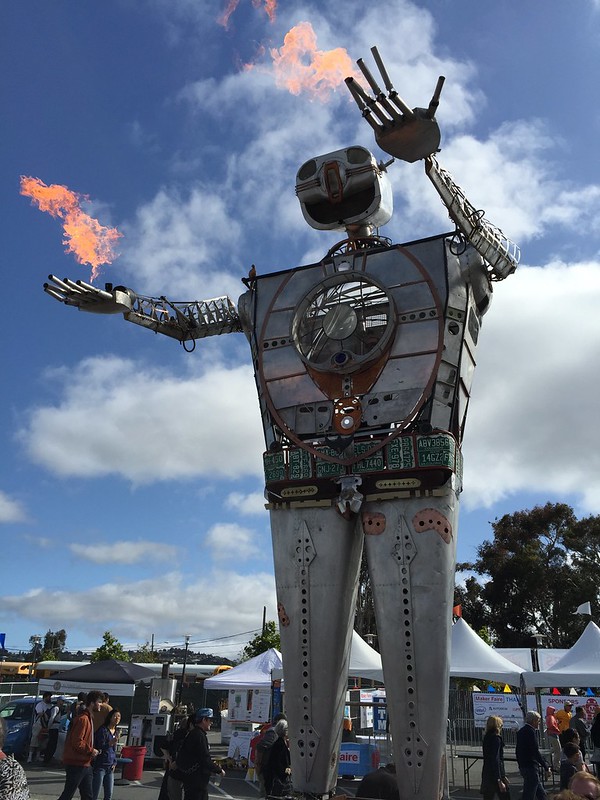 Riding Cyclecide’s collection of hacked bicycles is always our favorite part of the day. Bikes with hinges in the middle of the frame are almost impossible to ride, but you do kind of get the hang of it after a while. 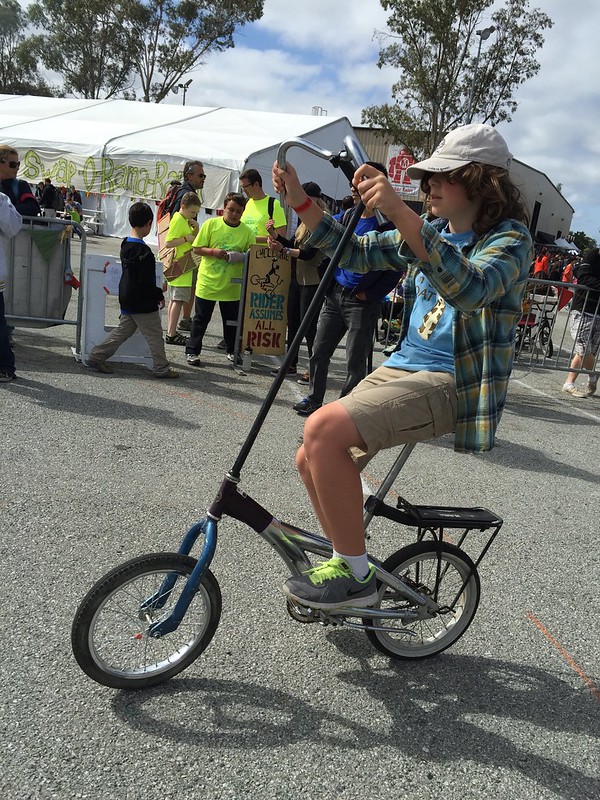 Same with the reverse-steering-gear bike that turns the opposite of the direction you turn the wheels. Our fave this time was the bike with off-center axles, making it feel like it’s navigating bumpy terrain even on flat ground. 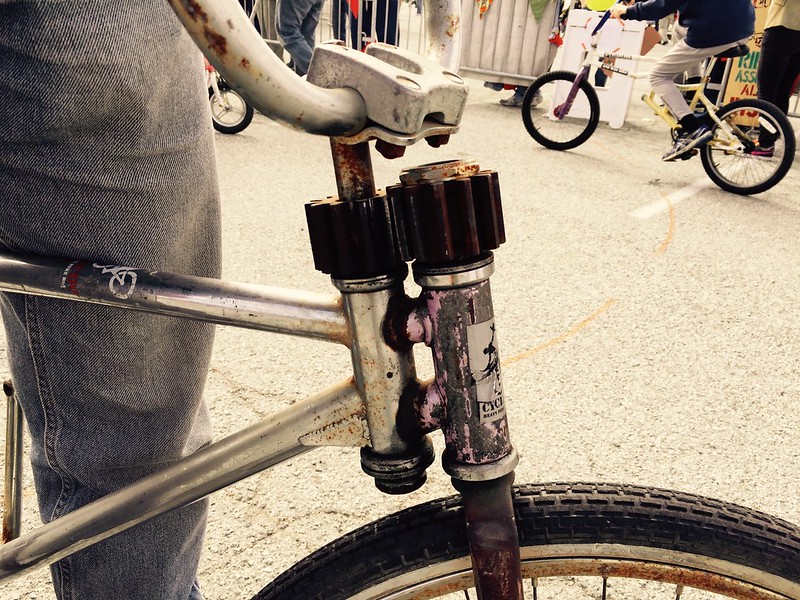 The “dark room” seemed better than ever, with more sophisticated interactives, plus a truly gorgeous wall-sized mixed-materials glowing sculptureÂ reminiscent of a time tunnel receding into space. 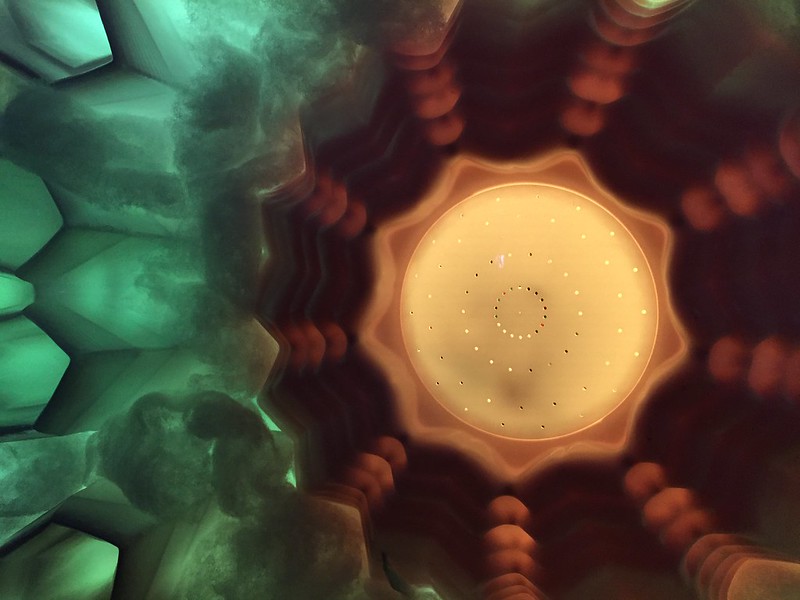 We’ve admired the masking tape cities and gardens every year (now represening 10,000 hours of work and more than 27 miles of tape!), and for the first time this year we actually sat down for a 30-minute lesson on masking tape “origami.” 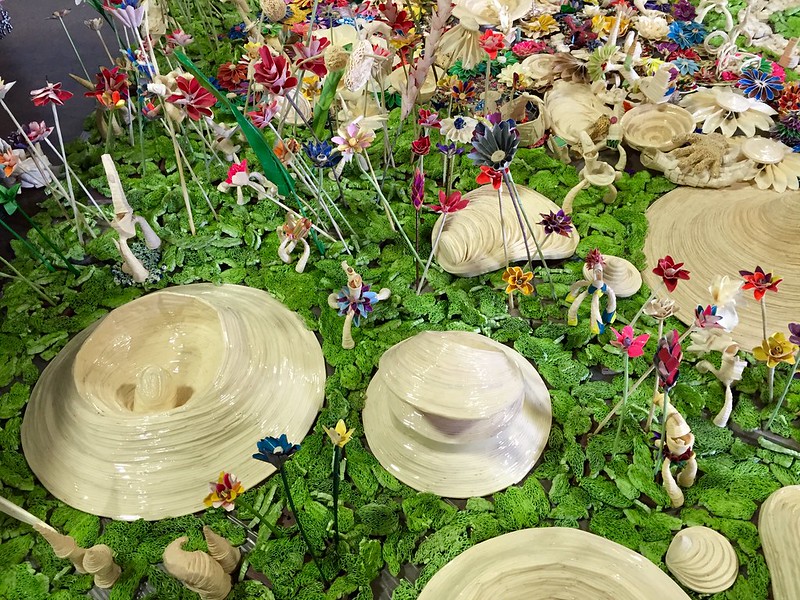 And Miles had his first opportunity to sit at the helm of an original Apple IIe, just like the ones we used in high school in the early 80s: 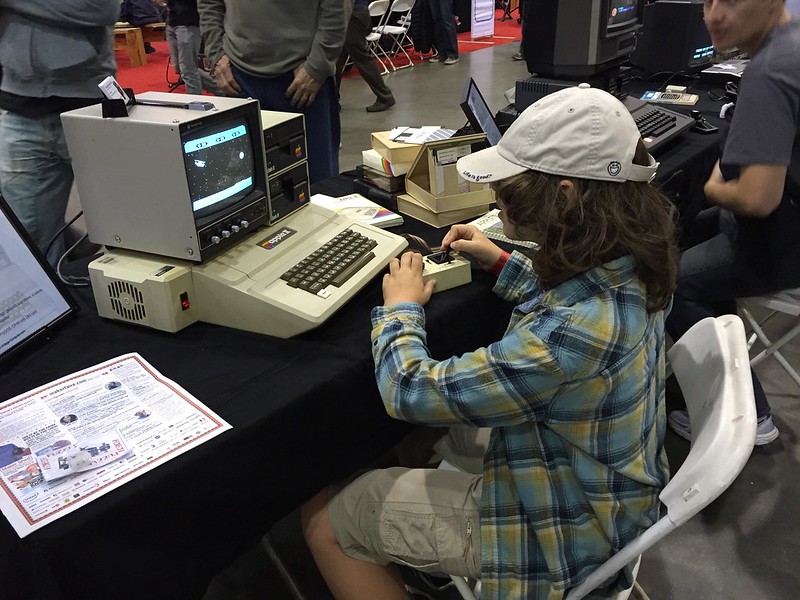